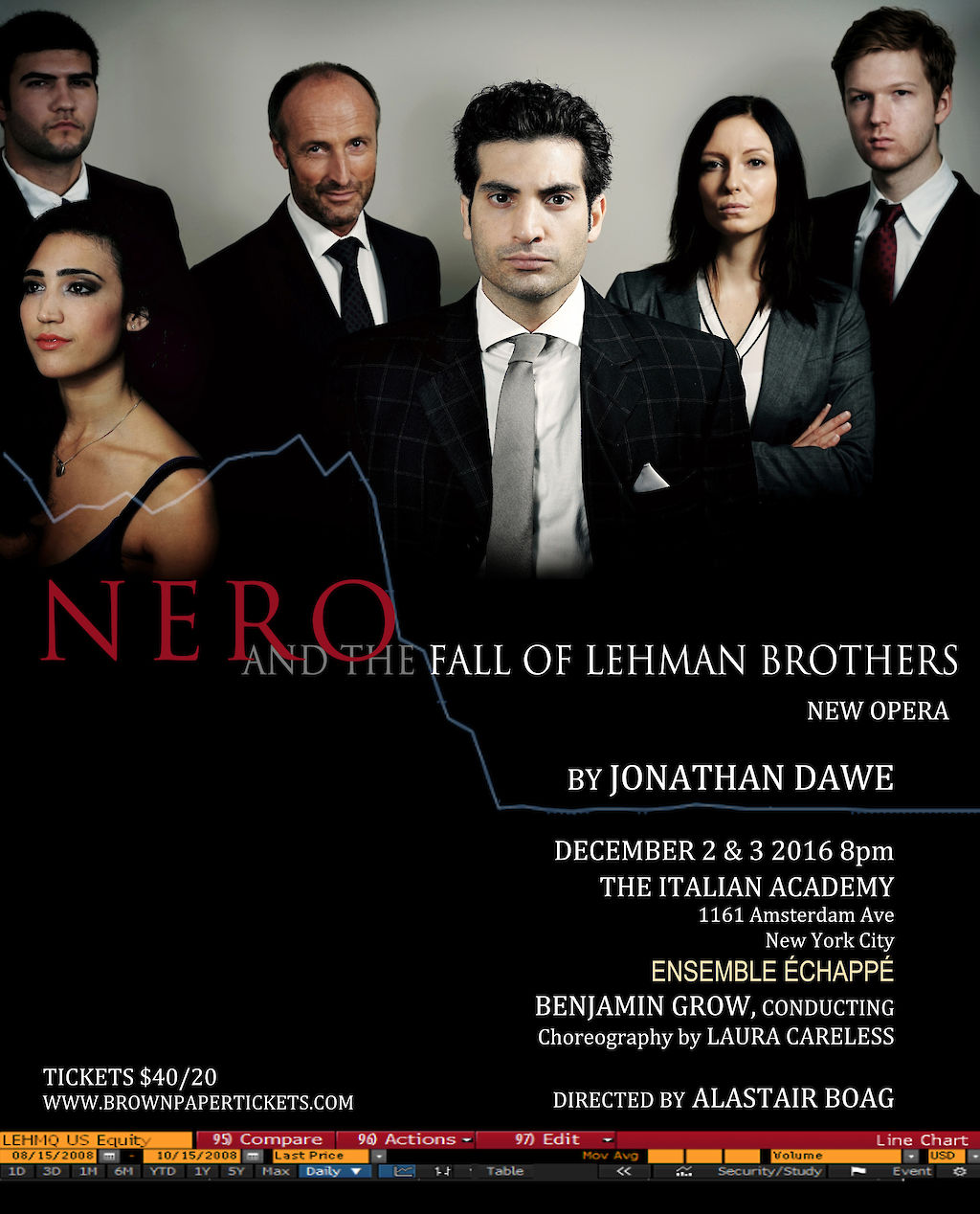 The unprecedented financial collapse of 2008, set amidst scheming trading floors of Wall Street and the forces of gods and love of imperial ancient Rome, are cast in a dynamic and beautiful musical landscape.

Constructed entirely from libretto fragments of a lost Handel opera and actual commentary surrounding the 2008 financial crisis, this new work forges an entirely new narrative.  From a Wall Street Trading floor, a New York City strip club, the Senate floor, to the heavens of the gods, the story culminates in a surreal domain of the underworld.

Nero and The Fall of Lehman Brothers 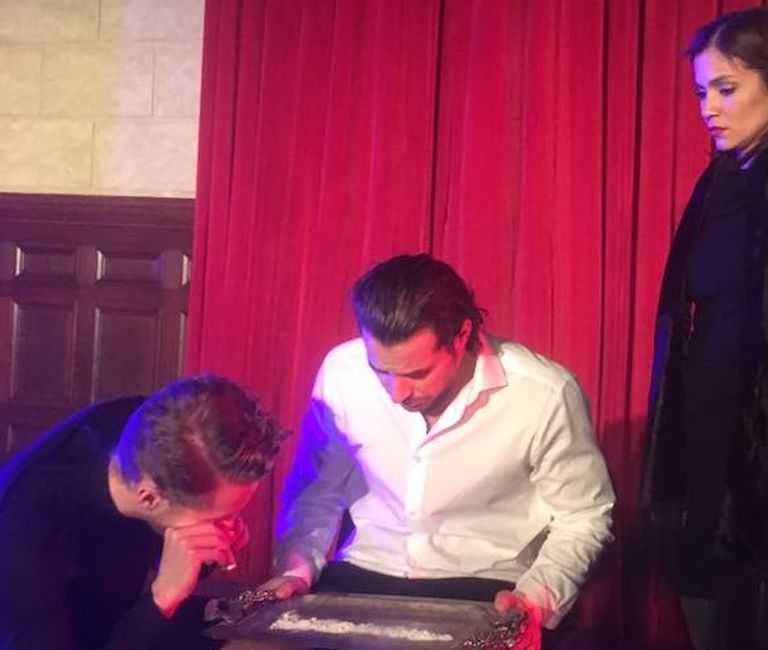