NERO and THE FALL OF LEHMAN BROTHERS 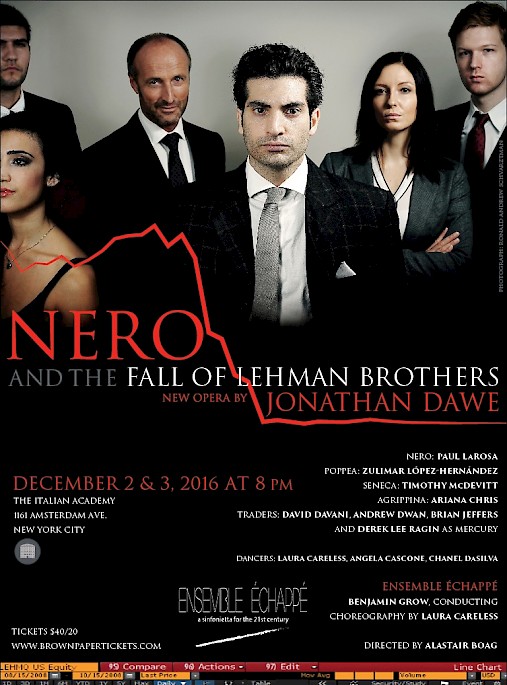 NERO and THE FALL OF LEHMAN BROTHERS

The unprecedented financial collapse of 2008, set amidst scheming trading floors of Wall Street and the forces of gods and love of imperial ancient Rome are cast in a dynamic and beautiful musical landscape by Jonathan Dawe, the composer who has recently been cited as “one of our most important, yet little known, composers” (Seen and Heard International).

Constructed entirely from libretto fragments of a lost Handel opera and actual commentary surrounding the 2008 financial crisis, this new work forges an entirely new narrative. From a Wall Street Trading floor, a New York City strip club, the Senate floor, to the heavens of the gods, the story culminates in a surreal domain of the underworld.